Entertainment is one of the things everyone needs to relax from an hectic day. Korean dramas are the mainstream in when it comes to entertainment. Surprisingly, most of the K-drama fans' mother tongue is not Korean. In this case, subtitles are the superhero. Certain short and easy pronounceable words are widely used by every K-drama lovers, for an example saranghae, sarang, kimchi, oppa and etc.

Besides that, Korean drama also shows us Korean culture, traditional values and food. The differences in the Korean culture and ours actually makes us attracted to Korean more. To be specific the scenes in drama that shows people indulging the Korean food. 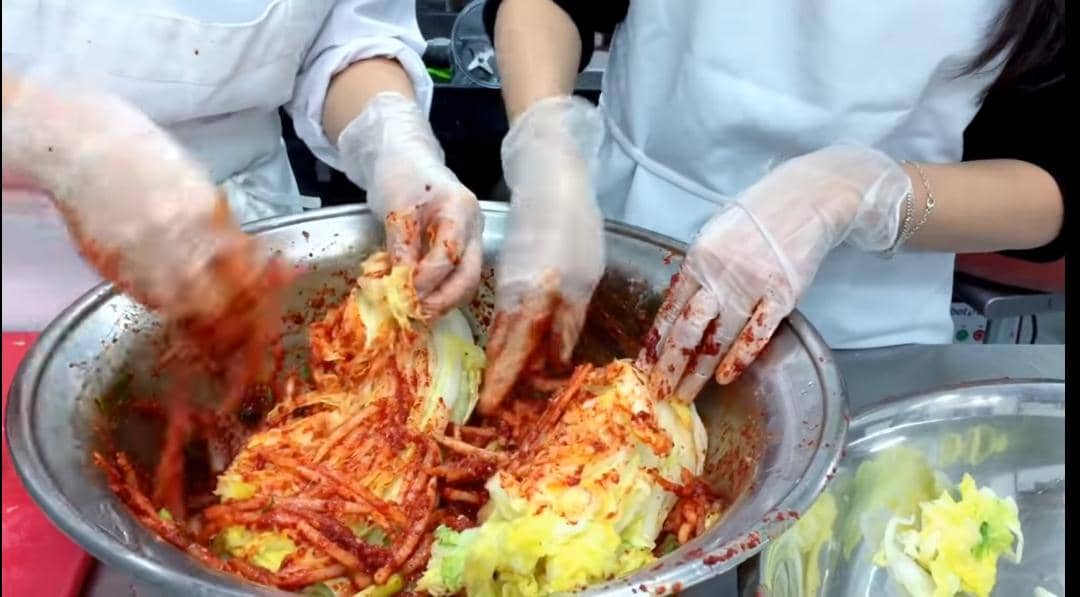 Those scenes really makes us hungry. This happens because the hormone adrenaline is released in greater amounts when you see in visual stimuli. For an example in Fight For My Way drama there were few scenes of girls eating mouthful kimchi, let me guess you must have craved for kimchi and googled how to cook it. Even though it is just a pickle with cabbage, looking at it from our screens made everyone think of trying it at least once.

Every food we consume has a story. Knowing the story will make us like the dish more but usually we will eat food without knowing its origin which makes us less excited to eat it. I would like to tell you the story of kimchi to increase your knowledge about kimchi and to make you like the dish more.  The kimchi we are craving now is actually from 37 BC. Korean people are very well skilled in making fermented foods such as wine, soybean paste and salted and fermented fish.

Mostly people  think that wine is only made in Europe in the 30BC but the actual fact is Asian people are more skilled in making preserved food.

When Buddhism spread throughout the nation, the people started to become vegetarians. As kimchi is vegetarian food, the people started to eat it more. They even added various seasoning which caused kimchi fever to spread throughout the nation. In the past, refrigerator was not invented so preservative food is the best choice for winter. Large number of Koreans started to do kimchi as it is the best choice for winter.

Moreover, it is easy to prepare and can preserve for a longer period. Kimchi also has many varieties with multiple seasoning after it became famous. Now kimchi can be found in many Korean restaurants and supermarkets. As I stated earlier, kimchi is made with vegetables, sometimes fruits like apple or pear are being used.

Check out the link to learn how to cook Kimchi in simple steps.